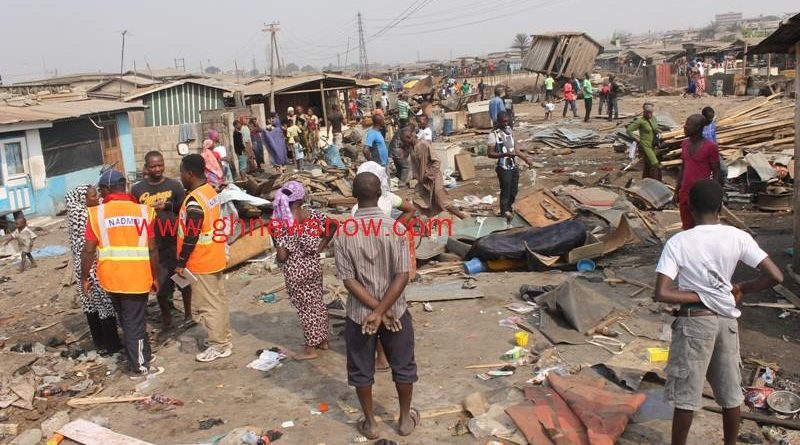 Victims of last night’s fire outbreak at Afful Nkwanta a suburb of the Kumasi Metropolis in the Ashanti Region are counting their losses.

The fire according to eyewitnesses started around 7pm but fire fighters had difficulty gaining access to the affected area because of the haphazard nature in which structures have been erected. 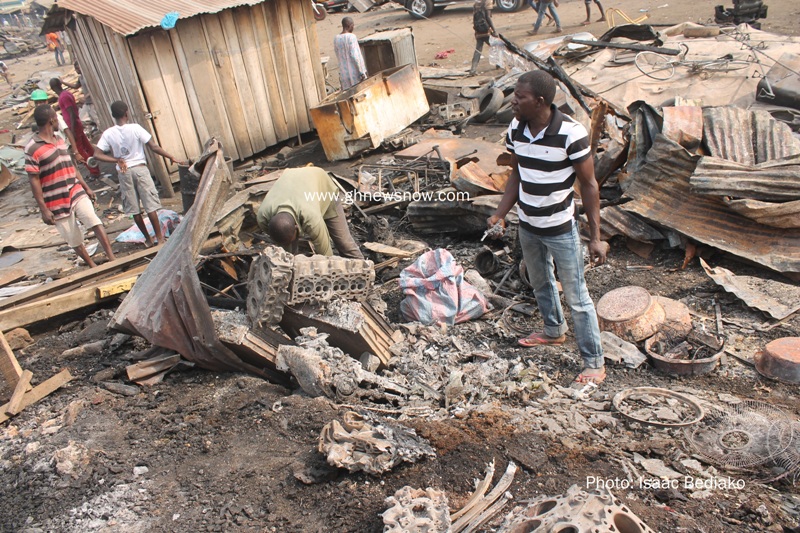 It was established that the area which has developed into a fully fledged community is primarily occupied by the head porters commonly referred to as “Kayayeis” who have been residing in the area for decades now.

Among items consumed by the fire include electrical gadgets such as TV sets, DVD players as well as cash, clothes and some head pans used by the porters in their trade were completely burnt.

Some makeshift structures constructed of wood and serving as stores in the vicinity were also torched during the inferno.

In the heat of the fire, couple had to rescue their infant babies from danger as no structure within the vicinity was spared.

Although the fire fighters had a torrid time accessing the Slum, they eventually managed to douse the blaze.

Seidu Mohammed a victim to last night fire outbreak disclosed that they tried to marshal forces to douse the fire but this did not yield any results.

“We are about 2,000 residents here and as it stands we will have to sleep in mosques and on streets until such a time we can get money to build structures again”, he said

According to him, the situation will affect them and therefore appealed to central government for support.

Meanwhile officials from the National Disaster Management Organization (NADMO) from the Subin Sub metro in Kumasi are at the scene to take records of the extent of damage and also register the victims. 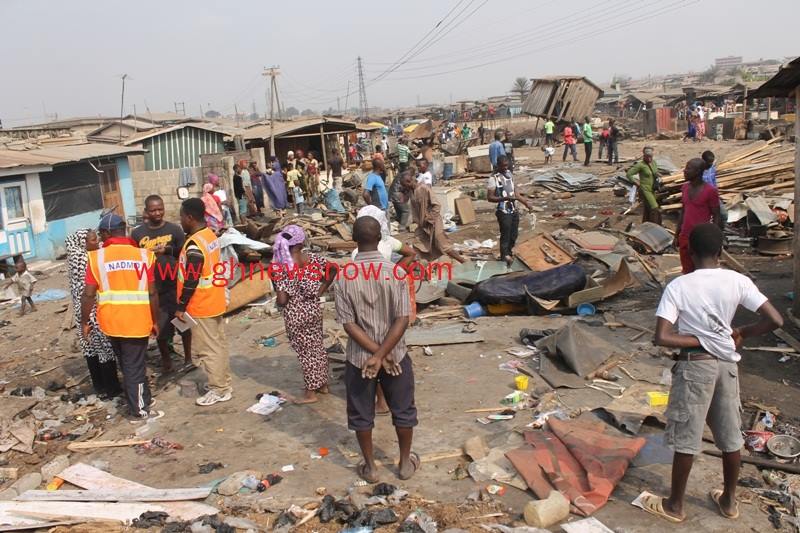 Godwin Dela the subin sub-metro coordinator of NADMO said he is not certain of the kind of support to be extended to the people but said the paramount thing is for the assessment after which a report will be sent to appropriate authorities to extend some support.