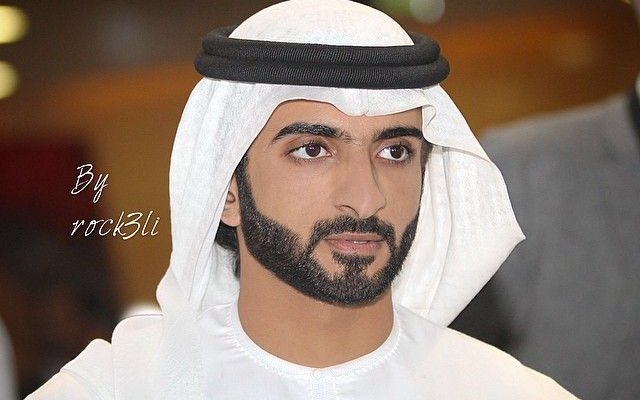 ” The Clause 7(a) of the agreement further states that “The transactions contemplated by this agreement constitute a build, own, operate and Transfer of the AMERI ENGERY Equipment by AMERI ENGERY to the GoG”. Similarly, the Clause 8, while stipulating our Client’s obligations under the agreement, states that its obligations, inter alia, would include to “deliver, install, and commission the EMERI ENGERY Equipment…… “operate, maintain and repair the AMERI ENGERY Equipment ……” etc.11. In consideration of the installation, operation and maintenance of the equipment and provision of services thereof, the Government of Ghana would be obliged to make payments to our Client on monthly basis, inter alia, for the power produced and supplied, as per the Clause 10 of the agreement, at the rates stipulated therein. Further, after the contract term of five years, the plants in operating conditions would be transferred to the Government of Ghana.12. What this means is that our Client, after acquiring these plants from the manufacturer would install and operate these plants to produce and supply the electricity in consideration of monthly payments, just like any other Independent Power Producer; where after, the ownership of these plants would be transferred to the Government of Ghana after five years.13. Therefore, it must be explained that the quoted price of 220 million US Dollars in your articles for outright purchase of similar turbines does not include all other costs in a BOOT deal, i.e., auxiliaries, balance of plant, civil works, sub-station, installation of equipment, cost of financing, operation and maintenance etc. Our Client, under the agreement, is also bearing the cost of all the above operations, apart from the outright purchase of the turbines – which is the essence of BOOT projects, as explained above; and thus the total price of 510 million US Dollars. The Government of Ghana is on record on this score.14. The above would also establish that no payment, as yet, has been made to our Client for the cost of the ten gas turbines; neither will be any payment made in this regard during the term of the agreement.15. Furthermore, as far as the allegation that the manufacturer of these plants, General Electric, was not directly contacted for the acquisition of these plants, suffice is to state that a similar BOOT deal with General Electric, as per the statement of the Government of Ghana, was far too expensive; and therefore rejected.16. It is stated that our Client procured the said contract through a fair, transparent and an above-board process, which has been duly vetted by the concerned officials of Government of Ghana, before being ratified by their Parliament. Further, the Bank of Ghana, which opened a L/C on behalf of the Government of Ghana in pursuance of the Clause 5 of the Agreement, conducted its own due diligence on our Client’s credibility and ability to fulfill its contractual promises. In the same vein, an American firm, JP Morgan also independently conducted its own due diligence before confirming the standby LC for the project. Therefore, all allegations of haste, non-transparency and secrecy are hereby rejected; and you are put to strict proof thereof by the contents of this legal notice.17. As far as the allegation that an alleged fraudster negotiated and concluded the said deal, it is important to bring on record that Mr. Umar Farooq has been involved with our Client as its CEO till August, 2015; and has never been involved in any scam or fraud, for our Client conducts its own due diligence and scrutiny before hiring or retaining anyone in its board and team. Further, Mr. Farooq, as is apparent from the perusal of the last page of the agreement, only signed the agreement as a witness, whereas His Highness signed the deal on behalf of our Client. Therefore, the Government of Ghana has an agreement with our Client and not with anyone else, including Mr. Farooq.18. Similarly, the allegations about the making of the website and absence of the name of our Client from the name boards in the building where our Client is situated are nothing but figments of your fertile imagination. The entire building is in the ownership of His Royal Highness and his family and any contention contrary thereto is denied. The success of our Client in a short span of time has attracted many an allegation from all and sundry.

However, it is now crystal clear that you are working at the behest of someone to achieve some ulterior motives with criminal intent; for which you have resorted to highly objectionable and unethical journalism – journalism which reeks of nothing but malice, corruption, exploitation and venality and yellow journalism at its best.

The mere fact of translated version of articles from Norwegian to English language made available on website of tabloid newspaper proves nothing but malicious intent to defame reputation of our client all across the globe as the translation from Norwegian to English language of articles in rare phenomenon in Norway.19. That the slanderous articles published and available on your website have caused colossal damage to our Client financially, socially as well as professionally, along with bringing wanton inconvenience to him and his acquaintances across the globe, especially in Pakistan, where our Client has a considerable presence – not only in terms of business; but atleast two members of our team, as mentioned above, also hail from Pakistan.20. By this legal notice you are urged:a. to withdraw your defamatory campaign against our Client; and publish a public apology in the front page of your newspaper and website;b. to pay our Client 50 Million US dollars/- within 15 days, as costs suffered by it to initiate the legal proceedings against your company. Andc. to pay our Client 100 Million US Dollars within 15 days, as the monetary value of the damages, including loss of business and reputation, suffered by it.In your default in doing so, our Client reserves the right to institute legal proceedings, both Criminal and Civil, for which you shall also be liable to pay all the costs incurred. It is also intimated that after procurement of arrest warrants/judicial decision, the name of the Chief editor and other editorial members would be placed on the Interpol’s red Alert with the assistance of Pakistan’s National Central Bureau (Federal Investigation Agency).LEGAL NOTICE IS BEING SERVED UPON YOU ON BEHALF OF OUR CLIENT WITHOUT PREJUDICE TO ANY CLAIMS, RIGHTS AND REMEDIES WHICH ARE LAWFULLY AVAILABLE TO OUR CLIENT IN A COURT OF LAW.However, before we advise our Client on the legal options available in this respect and the specific steps which are to be taken, it would be in order if you remedy the breach and minimize the damages, which are claimed by our Client for the loss personal and business reputation, within fifteen days of the receipt of this legal notice, failing which we shall document the claim and advise our Client accordingly.We further reserve the right to include other heads of damages and claim any remedies, which may be available under the law in the best interests of our Client.Sincerely,MUHAMMAD UMER RIAZAdvocate Supreme Court of PakistanBarrister-At-Law JUSTICE (R ) M BILAL KHANAdvocate Supreme Court of PakistaniEx-Chief Justice of Islamabad High CourtNAUMAN QAISERAdvocate High Court HAROON RASHEED MIRAdvocate High Court