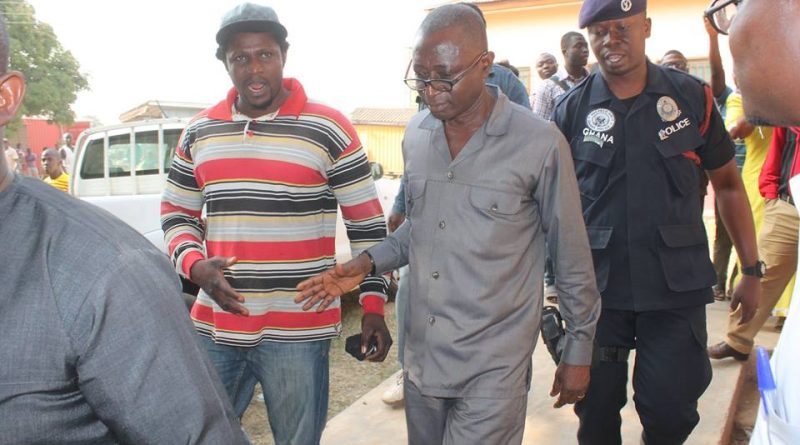 The Ashanti Regional Minister Peter Anarfi this afternoon had to run for cover when irate supporters of the governing National Democratic Congress (NDC) at Ejisu attempted to attack him.

According to the aggrieved youth, the Regional Minister attempted to influence the endorsement elections at the Ejisu Municipal Assembly to favour Mr. Afrifa Yamoah Ponko.

The Minister took to his heels with the support of his body guard to avoid the wrath of the angry youth in the area.

The youth indicated that they would have inflicted wounds on him if he had not run away.

.Mr. Ponko who lost in the just ended presidential and parliamentary primaries of NDC was re-nominated for the Ejisu Municipal Assembly among other 11 MCE’s across the country. He polled only 21 votes against 45 votes