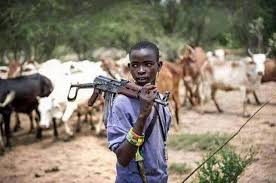 The Municipal Chief Executive of Ejura Sekyere Municipality in the Ashanti region, Alhaji Bawa Braimah has blamed increasing robbery attacks in the area to the presence of Fulani herdsmen.

According to him, most armed robbers arrested in the municipality are always of Fulani extraction giving credence to the suspicion that they are the major architects of recorded robberies in the area.

‘Almost all the robbers arrested by the police are of Fulani descent, so we are appealing to the chiefs to stop giving them lands. It’s the cowboys who normally perpetrate these killings,’ he said.

The MCE suggested to traditional authorities to stop releasing lands to Fulani herdsmen for cattle grazing as they turn to capitalize on that to rob residents.

Armed robbers have been tormenting traders in the area for some time now creating apprehension among traders.

However, traditional rulers in the area have expressed worry over these increasing nefarious activities which seem to be collapsing the businesses of market women.

The Ejura Sekyere traditional rulers explained that traders are robbed of their earnings by armed robbers each passing day.

ghnownews Checks indicates that, due to the armed robbery activities in the municipality, customers are scared to purchase goods at the market.

The Ejura Chief, Nana Odiasepa Antwi observed that armed robbery is a worry to them.‘Traders are always robbed of their monies when they are returning to their various homes and towns’, he indicated.

According to him, insecurity is a source of worry to traders, passengers as well as the whole community.

He expressed fear that the Ejura Market which serves as source of food for the region and other parts of the country will soon collapse, if armed robbery activities in the municipality are not curtailed.

The Chief appealed to government and the police administration to help clampdown robbery activities in the municipality which has ended several human lives.

‘We are appealing to the Inspector General of Police (IGP) and National Security Adviser to provide the police with personnel and patrol vehicles to enable the police in the area protect us,’ he appealed. 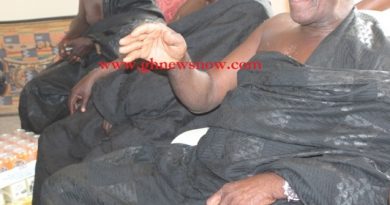 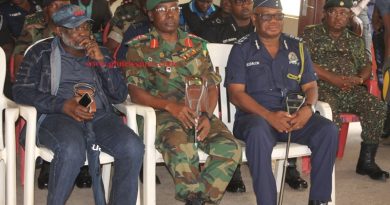