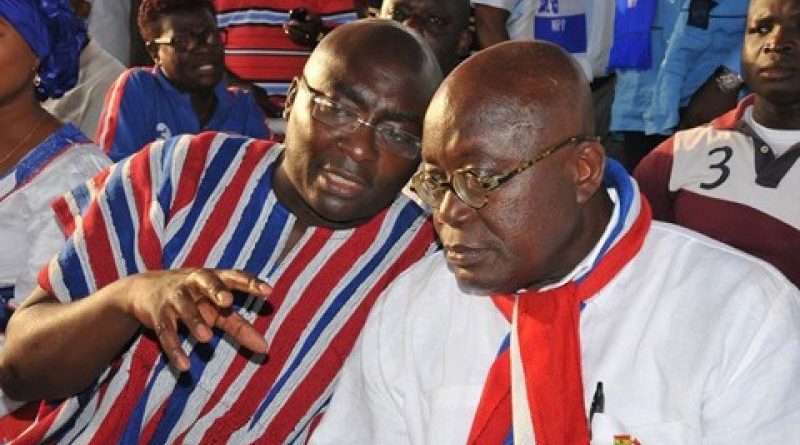 The flagbearer of the main opposition New Patriotic Party (NPP) Nana Akufo-Addo and his running mate Dr. Mahamudu Bawumia have arrived for the controversial National Executive meeting of the party.The meeting being chaired by the acting chairperson Freddie Blay at its headquarters in Accra has been described as illegal by the suspended national chairman of the Danquah-Busia-Dombo tradition Paul Afoko.A statement from the camp of Mr. Afoko warned members of the executive committee of the elephant family against attending today’s meeting.“Mr. Afoko wishes to state that he has not called any meeting neither has the General Secretary, Mr. Kwabena Agyei Agyepong, issued any notice inviting members to attend any meeting.Let all members of the National Executive Committee and/or National Council take notice that notice of an interim injunction has been served on the party restraining the party and Mr. Freddie Blay from holding any meetings and also holding himself out as the acting national chairman, until the substantive motion is heard and disposed of,” the statement noted.A contentious national executive meeting of the party, a fortnight ago, suspended Mr. Afoko for what they described as his inimical actions towards the political fortunes of the party. Afoko is battling his suspension in court and insists he is still the national chairperson of the party.