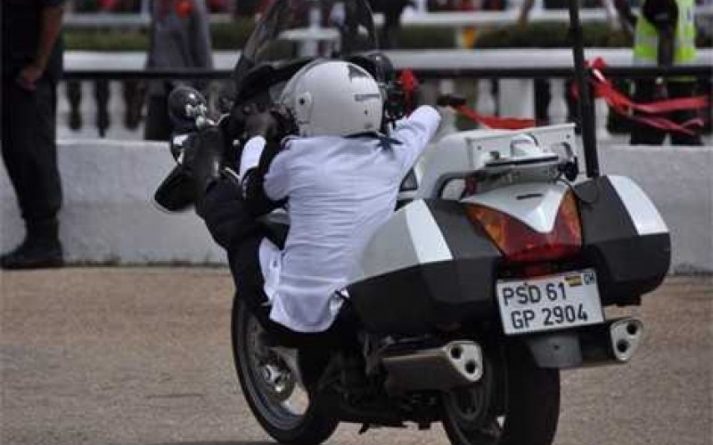 The death of a 33-year old dispatch rider with the Ashanti Regional Motor Transport and Traffic Department (MTTD) of the Ghana Police Service came as a shock to his colleagues at the unit.

Corporal Kwaku Duah who hailed from Asante Mampong, died instantly when he fell off his motorbike after bumping into a pothole.

The incident happened when he was returning from Tweapease in the Amansie Central District with the Ashanti Regional Minister on Thursday.

According to the Public Relations Officer of the Ashanti Regional Coordinating Council (ARCC), the rider was trying to ward off vehicles to ease traffic to allow the Minister’s convoy to move.

Clement Kigeri said the rider in the process bumped into a pothole when he tried to stop an urvan bus that was blocking their way.

Kigeri added that the rider hit his head on the ground and was bleeding profusely.

He was then put into the Minister’s vehicle and was rushed to the Anhwia-Nkwanta hospital where he was pronounced dead.

Mr Anarfi Mensah who was proceeding to the Ejura-Sekyedomase Municipality to attend another function, suspended his trip.

Meanwhile the Deputy Ashanti Regional Commander of the MTTD, ASP Charles Ahiamale said his outfit received the death of Corporal Duah as a shock.

He described the deceased as calm and a respectful young man who was loyal to the service.

ASP Ahiamale disclose that police was preparing to meet the deceased’s family officially.

Some of his colleague riders also described him as hardworking.

His body has since being deposited at the Komfo Anokye Teaching Hospital(KATH) morgue awaiting autopsy he added.