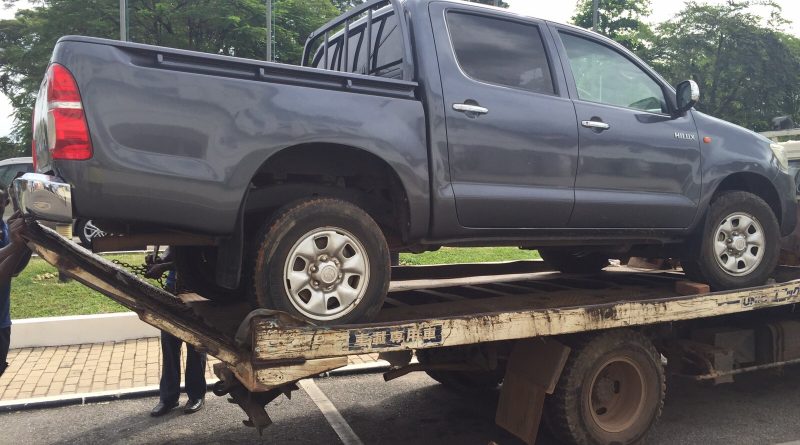 Drama yesterday evening unfolded at the Golden Tulip City Hotel in Kumasi when a vehicle belonging to the Flagbearer of United Progressive Party (UPP) Akwasi Addai alias ‘Odike’ was seized by a known serial caller of the ruling National Democratic Congress (NDC) Appiah Stadium and some members of the party in the Ashanti Region.

The seized double cabin Toyota Hilux pickup with registration number GM 4718-12 was one of the two pickups given to Odike by the brother of the President of Ghana, Ibrahim Mahama to help campaign for his party.

According to Appiah Stadium, the two vehicles were given to Odike for a specific purpose which he has failed to deliver.

Odike went to the Golden Tulip City hotel to eat in the evening when he met Appiah Stadium in the company of some friends at the hotel.

Upon seeing him, they demanded for the key to the vehicle and accused him of reneging on his promise for which purpose he was given the vehicle.

Odike demanded to know the main reason why the NDC foot soldiers will demand the keys to vehicle he never took from them but they maintained the vehicle was given to him to help the NDC when he requested for cars to run his campaign.

They alleged that after receiving the two pickups Odike has now resorted to insulting the NDC and saying all manner of unpalatable words about the sitting president and his brother which they see as hypocritical.

They walked him out of the vehicle and took the vehicle to the Kumasi central police station.

They gave him a strong warning to present the remaining vehicle in his possession else they will be compelled to pick it from his house themselves.

The vehicle is currently parked at the Kumasi central police station and it will soon be send back to the Gold house house Ibrahim mahama. 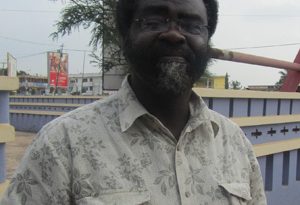