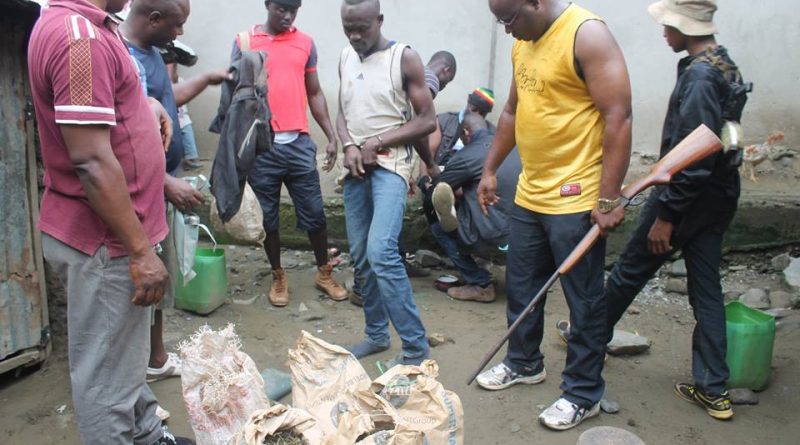 The Drug Law Enforcement Unit of Ashanti Regional Police command have on Saturday morning picked up a couple for dealing in India hemp at Asaase in the Bosomtwe district.

The Father of 5 Kwame Adu, 39 and his wife, Margaret Kobi, 29 were arrested with five cement bags and two fertilizer bags of dried leaves suspected t 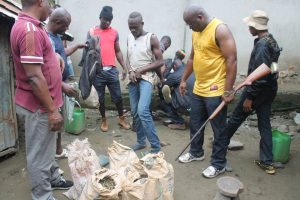 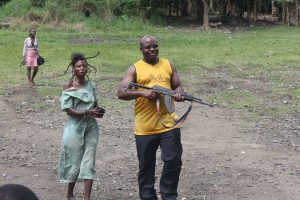 A single barreled gun was also retrieved from the room of the couple in the Asaase community which threw the entire community into a state of shock. 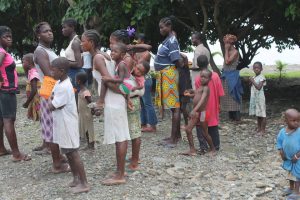 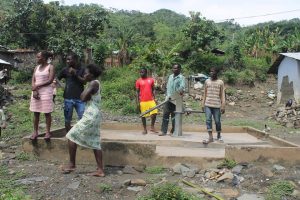 Residents of Esaase In their Shocking Mood

The suspects confessed of being in weed cultivation for years in the fishing community whiles three separate ace land of Cannabis farms were also sported in the community.

ASP Jeremiah Alale Ashanti regional commander of Drugs law Enforcement unit in an interview with ghnewsnow Kumasi Reporter Isaac Bediako said, under his command he will make sure there are no room for narcotic drugs trade in Ashanti region.

“ I have launched new operation dubbed  trace the root what it mean is that me and my man will move to the communities where cannabis are cultivated and arrest the farmers involve in the business” he said.

“I believe if we do that we will be able to control cannabis business in Ashanti region and that is what we have started” he added.

ASP Alale warn farmer who are into cannabis production in the region to stop the business before police Start to hunt for their arrest. 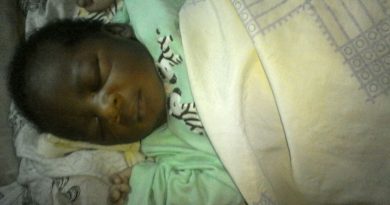 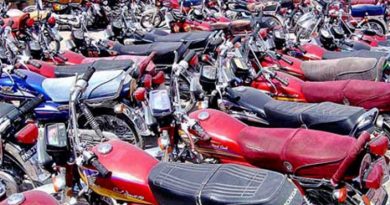