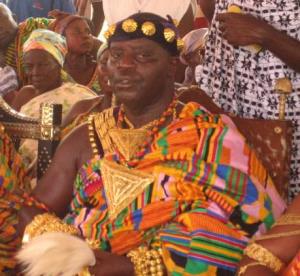 The Adekyem Festival of the chiefs and the people of Bechem Traditional Area have been launched at Bechem, the Tano South District Capital.

The Festival which has for its theme ‘’Unity and Development’’ would be celebrated in November, 2015 with a number of activities expected to be climaxed by a ground durbar.

At the launching ceremony which saw a number of dignitaries including the Tano South District Chief Executive, Hon Bukari Zakari Anaba, Mr. Kwabena Adu Gyamfi, the Adekyem planning committee secretary, in a welcome address said the festival which was instituted four (4) years ago by Nana Fosu Gyeabour Akoto II, Omanhene of the Bechem Traditional Area was aimed at raising money to establish an educational endowment fund to help brilliant but needy children of the area to go through their secondary education.

Mr. Adu Gyamfi said since the inception of the festival and the establishment of the fund, an amount of GH¢ 36,450 has been spent to sponsor twenty-seven (27) children through their three (3) year senior secondary school education and said, these twenty-seven (27) children cut across the Traditional Area and plans are afoot to even help some of these children through their university education aside those who would be catered for in the Senior High Schools in the subsequent years.

In an address, the Omanhene of the Bechem Traditional Area, Nana Fosu Gyeabour Akoto II used the occasion to welcome all present and thanked all and sundry who had travelled far and wide to attend the launching ceremony and entreated them to prepare adequately towards the celebration of the main festival in November, 2015.

Nana elaborated the importance of the festival and its achievement and said the people of the Traditional Area have a history to tell and thus must not be kept in the dark but instead portrayed. 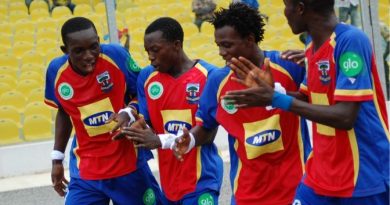