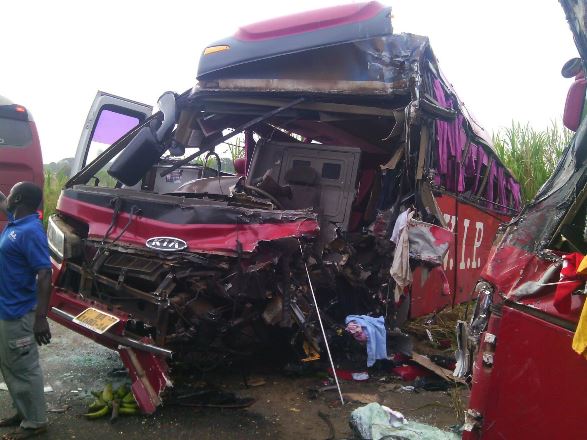 At least four persons lost their lives in multiple accidents involving three VIP buses , a taxi and a trailer at Asempanaeye near Nsawam in the Eastern Region on Thursday morning

According to reports, the trailer rammed into a Taxi and a pick up truck, forcing it to veer off the road, crashing into the parked VIP buses .

Several others who were injured have been rushed to the Nsawam Government hospital, according local reporter Kojo Ansah in the Eastern Region.

The accident occurred when a passenger bus collided with a truck Thursday morning.The Nsawam District Police Commander Reindorf Sam has confirmed the development.The incident comes on the back of Wednesday’s accident on the same stretch of road which killed one.