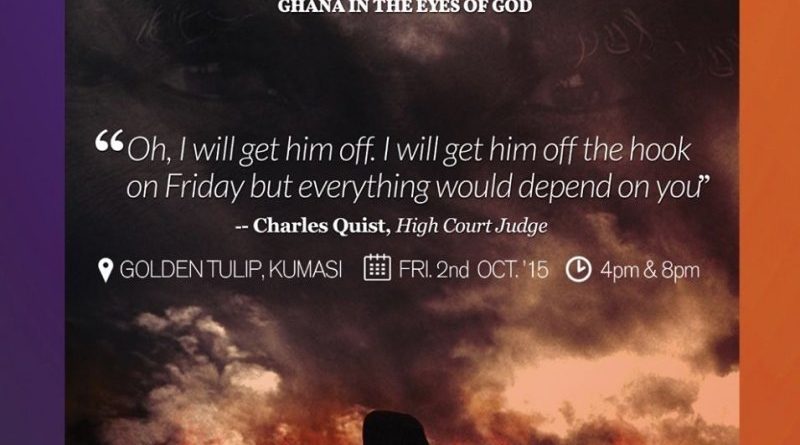 EIB Network’s Ultimate 106.9FM will be premiering the documentary of the moment – ‘Ghana in the Eyes of God: Epic of Injustice’ – in Kumasi on October 02, 2015.The show is free, but strictly by invitation and will be taking place at the Golden Tulip Hotel, Kumasi.Management of Kumasi’s leading English-speaking radio station – Ultimate FM – said there will be two shows on Friday; 4-7pm and 8-11pm.Over 2000 people are expected to watch the three-hour long video in Kumasi.A total of 34 judges are being probed over the scandal which has hit the Judicial Service of Ghana after investigative journalist Anas Aremeyaw Anas caught them on camera allegedly taking bribes to influence cases before them.The video has already premiered in Ghana’s capital Accra and attracted thousands of people.