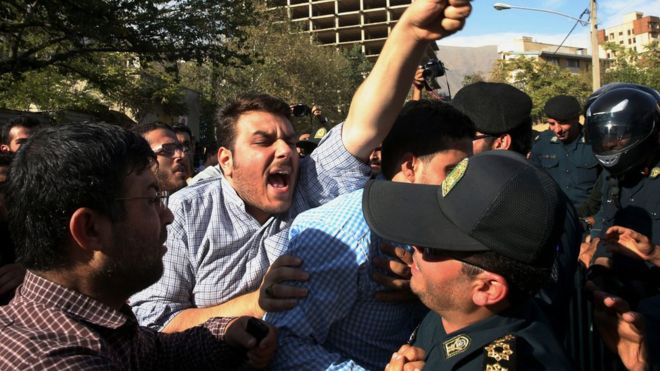 Iran says number of its citizens who died in the Hajj stampeded in Saudi Arabia last week has reached 464 – nearly double the previous toll.

Iranian authorities said there was no longer hope of finding any of the country’s missing pilgrims alive.

According to Saudi officials, 769 people died in the crush in Mina, near Mecca, and 934 were injured.

The Saudis have been criticised over their handling of security and for the slow publication of casualty figures.

Iranian officials allege that the overall number of deaths is now more than 1,000. Pakistan, India, and Indonesia have also suggested death toll may be higher than the 769 reported by Saudi Arabia.

Saudi authorities have not released a breakdown of victims by nationality, but a tally of the numbers of dead released by individual countries adds up to more than the official figure.

The crush occurred as two large groups of pilgrims converged at right angles on the way to taking part in one of the Hajj’s major rites at the Jamarat pillars.

Iran’s Supreme Leader Ayatollah Ali Khamenei has called on Saudi Arabia to apologise for the deadly stampede and warned of “harsh” measures if the kingdom fails to promptly repatriate the bodies of Iran’s dead.

Saudi Arabia’s Foreign Minister Adel al-Jubeir has accused Iran of “playing politics” with the disaster and called on the Islamic Republic to await the outcome of an investigation ordered by Saudi Arabia’s King Salman.

But Saeed Ohadi, the head of Iran’s Hajj department, told state television that Iranian officials are trying to return bodies of Iranian pilgrims “as soon as possible”.

Mr Ohadi said Iran and Saudi Arabia have agreed not to bury any of the dead in Saudi Arabia without prior permission by Iran or the families of the deceased.

Saudi officials have blamed pilgrims for the stampede, suggesting some had “moved without following instructions by the relevant authorities”.

The disaster was the second to strike the region in two weeks, after a crane collapsed at the Grand Mosque in Mecca, killing 109 people.