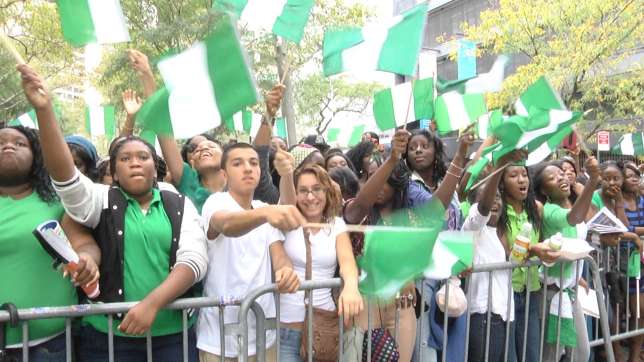 Nigeria was a colony of Great Britain until it became an independent nation on 1st October, 1960. At present Nigeria is a fast growing nation with impressive foreign exchange earnings from petroleum industry.

They worked with metals like iron and produced terra cotta sculptures. During this period Great Britain was expanding colonies around the world and Nigeria also became a colony of British rulers.

Since independence there were extreme civil wars between northern, Eastern and western regions of Nigeria. The petroleum trade was flourishing and thus Nigeria advanced financially after independence despite the ongoing civil wars and assassinations.

Nigeria celebrates its independence every year on October 1st, both in the capital Abuja and 36 states. The President is expected to broadcasts a live speech on television and radio to mark the commencement of Independence Day celebrations.

There will be flag raising ceremony to honor the nation. The armed forces parades with cultural dances are followed after the Presidential speech.

The dance troops, singers, students from all states take part in the Independence Day celebration. On this day homage is paid to the freedom fighters and other national leaders who fought for the independence of Nigeria from the colonial rule. The celebration is an ideal platform for national integration in Nigeria.

Despite the numerous challenges Nigeria is facing today, there is still so much to be thankful for.

As we celebrate our independence, let’s also use the opportunity to reflect on how best we can be our sisters’ and brothers’ keeper.