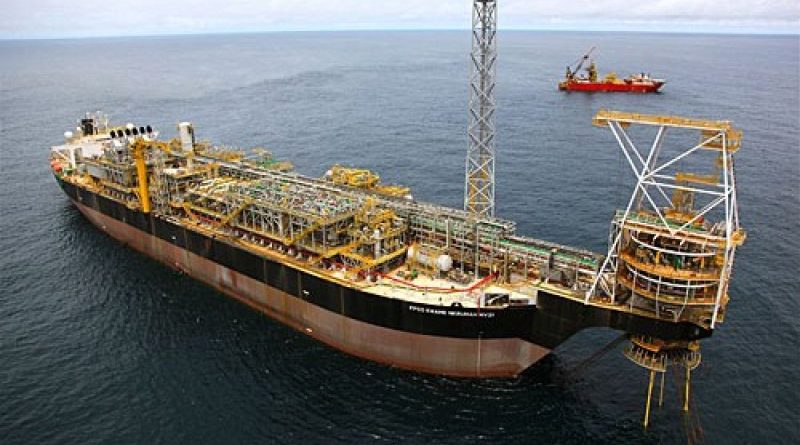 Ghana’s second Floating Production Storage and Offloading Vessel (FPSO) is to be named after the Late President John Mills today.Government officials are currently in Singapore to partake in the ceremony. The Vessel which is being constructed by MODEC has the capacity to produce 80,000 barrels a day from crude oil deposits of almost 1 billion barrels.It could also produce approximately 30 to 50million cubic feet of gas.Petroleum Minister Emmanuel Armah Kofi Buah told the media the vessel when operational will ease the power crisis and create jobs in the country.“The vessel will sail to Ghana by December. That project is not only going to produce oil but also will bring about 60 million cubic feet of Gas. We are also looking at the possibility of linking it up to the expansion of the Atuabo gas processing plant.“So in the medium term, with this projects coming in, we are looking at over 300 to 400 million cubic of gas; that will have a clear impact on our electricity supply,” Buah stated.