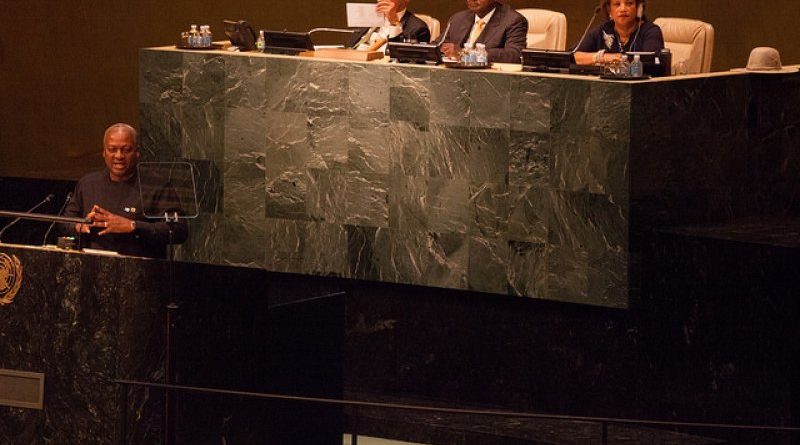 Ghana’s president John Mahama has told the world to consider bringing more industries and production hubs to Africa as part of moves to curb migration.Speaking at a UN summit of world leaders on a new set of 15-year development goals, Mahama said Africa has a lot of natural resources which the world can tap into, adding the continent can be more than a producer of basic goods that others refine.He stressed the need for European countries in particular to assist with relocating more companies to Africa if the world is really committed to end the tide of young Africans seeking work in developed countries.Mahama said if the world’s definition of “developed” is shopping malls, glitzy neon lights and KFC, “then we will need two more planets, the size of our earth, to maintain and sustain the human race.”The new Sustainable Development Goals agreed by UN Member States will seek to end poverty, while also taking into account environmental issues, the UN said in a statement.In what was called by the UN Secretary-General a “defining moment in human history”, countries have adopted 17 new global goals that lay out an ambitious set of development objectives.The adoption comes after intense negotiations as leaders sought to craft a framework that will address extreme poverty, while also putting in place safeguards for the environment.In co-chairing the summit, the President of Uganda, Yoweri Museveni said the new development agenda was designed to leave no one behind.“Together, we are sending a powerful message to people in every village, every city, every nation worldwide – that we are committed to taking bold step to change their lives, for the better.”In addition to poverty and hunger, the global goals cover issues such as access to education, healthcare, energy, water and sanitation, as well as gender equality and action on climate change.