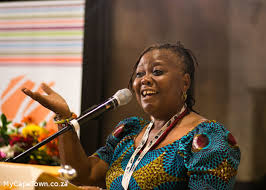 Of late a number of potential stars have appeared on the entertainment scene. The most notable among the lot was Yaa Yaa aka Bertha who featured on Okyeame Kwame’s award winning song ‘Faithful’. After graduating from the Stars of the Future reality show, Yaa Yaa was touted as one of the voices to watch; unfortunately after her glittering performance on ‘Faithful’, not much has been heard from her.
A lot has been said about winners of reality shows and their ability to hold their own. Apart from Efya who after Stars of the Future has gone on to an illustrious career, many winners of reality shows, not just in Ghana have failed to build award winning careers. Since the inception of reality shows in Ghana, from Mentor to Stars of the Future through Hitmaker to Icons, apart from a couple of stand outs like Efya and to a certain extent Irene Logan, Mz Vee and Wiyalla, most winners of these reality shows have flunked.
This is an interesting situation considering the grooming and exposure these talents receive during these shows. However it points to a bigger challenge in the industry. Showbiz has been likened to an apex or arrowhead with a huge base that narrows as you get to the top and that accounts for the numerous wannabes who can’t withstand the pull of gravity and fail to make it to the top.

Survival in Show Business
In the world of music, this scenario is clear when one considers the fact that show after show, virtually the same artistes make it onto the bill. Recently, a reporter with Breeze FM, Philomena Ntewusu raised the issue as to why it appears as if the same stars are used over and over again in the movies as well as on shows. Others like Osagyefo, a reggae dancehall artiste have been constantly bemoaning the issue and wondering why it appears as if event organizers are always using the same big names.
Truth be told, event organizers are in the business to maximize their profits and not necessarily to unearth talent. Therefore a show organizer will prefer to use tried and tested performers who will guarantee them a certain audience and attendance.
In the past when record companies and producers adorned the industry, with the strength of corporate capital backing them, these companies or producers could afford a gamble by having a roster of artistes with one or two being the bread winners whose efforts sustained the whole operation. Now with the changes in the industry – record sales dropping and technology whittling whatever profits the record companies stand to make, that gamble is not worth taking now. In a recent chat with two officers of Global Development Advisors, Dalberg, who are working on a project for the Danish government on identifying and developing sustainable interventions in the creative arts, Joy Dariye and Kholofelo Dzvukamanja the fact that physical record sales are dropping in favor of digital downloads and streaming was incontrovertible. The challenge going forward is how to survive in such a dog eat dog situation.
With record sales in Ghana virtually collapsed apart from the gospel end, artistes have to rely on endorsements, live performances and brand ambassadorial activities to rake in revenue. Other artistes have to get into movies, media and basically leverage their brands to make money. No longer are artistes surviving solely on revenue from record sales and concerts. Indeed, time has changed.
Against this backdrop, artiste longevity is a huge issue. At the recent Hip-hop Awards in the United States, MC Lyte was celebrated for her twenty year survival in the industry. She was mentioned for her continued relevance in the business. The big question is how many of our current crop of stars will be around and remain relevant twenty years from today?
The situation in the movie industry is no different. For the past year or so, movie producers have all rushed to work with the likes of Agya Koo, Lil Wayne, Akrobetu, Bill Asamoah, Kyeiwaa, Kwabena Manu etc. Their decision is based on the reason why event organizers will always field a Sarkodie, Shatta, Samini, Stoneboy or Kwabena Kwabena instead of an upcoming talent. The established names bring in the audience and sell clips.
The cyclical nature of these stars means that when one or more are in season, they carry the day and get all the jobs. When they get out of season and are no longer making the box office register ring, a new set of faces are then brought on board. It’s therefore not surprising that the highway of history is littered with many artistes who lacked the staying power to survive the hazardous world of showbiz.

Grooming Talent
To ensure a steady stream of talent, one assumed that the various reality shows would provide a source however that appears not to be the case. The various shows and training institutes should have filled that gap but nay, that doesn’t seem to be the case. From the days of Bands Alive on TV3 through to Auntie Korkor’s Institute for Music Development (I.M.D) we haven’t seen a flurry of groups staking their claim on the limelight although it’s gratifying to note that the Bessa Simons Band is made up of many hands from the Bands Alive reality show and Wind Afrique is a testimony of the potential of the IMD shows to unearth talent.
In the past, due to the apprenticeship and mentoring systems in place in the era of the concert and dance bands there was a veritable system for nurturing and unearthing talents. The same was the case for actors who had the fortune of school drama groups and plays to nurture their talent. These days the same cannot be said of the current crop of artistes. With hardly any firm grounding in the rudiments of either music or acting, fresh talent are thrown into the limelight with hardly any proper grooming. So after a sensational maiden outing, these talents find it hard to sustain their appeal and they wither like flowers that are transplanted onto the desert. That’s where the role of management comes to the fore. With a proper artiste and repertoire development plan, an effective management team can map out an artiste development plan with clear timelines and signposts.
Proper management ensures that the artistes get to record the right songs and work with songwriters or scripts that are in line with the artiste’s development plan so that their growth is better orchestrated. The right management for the artiste also ensures that their brands are well developed with the right linkages and associations. Without a doubt apart from talent, the next most important thing for an artiste is management. Effective artiste management guarantees that the artiste’s brand is professionally developed, managed and monetized.
For me, effective artiste management is what separates the men from the boys and the women from the girls and guarantees a sustained career in the arts.