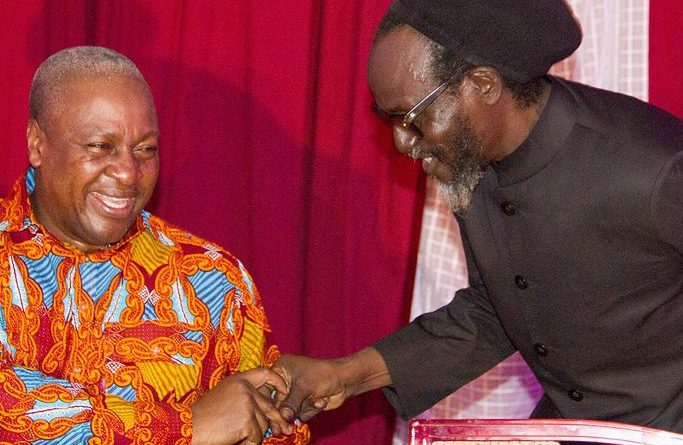 For sometime now the popularity of highlife has been contested with pundits questioning its attractiveness and ability to survive the changing trends on the music landscape. With the deluge of western music forms like reggae and dancehall along with the development of hiplife music, it appeared as if highlife was dying. Added to this is the dearth of contemporary highlife artistes. Apart from Kwabena Kwabena, Wutah Afriyie and to a lesser extent Akwaboah and Kumi Guitar, popular contemporary highlife artistes appear to be an endangered species.
However last Saturday at the MUSIGA Grand Ball it was pretty obvious that, indeed highlife is still cherished. The event was coasting along quite evenly with the performances of the current generation of performers that included Becca, Bisa K Dei, Gasmilla, Philipa Baafi, Celestine Donkor and Nero X till the veterans mounted the stage.
When the first notes of Akwaboah’s ‘Awere Kyekyere’ sounded to the final notes of Bessa Simon’s rendition of the classic Osibisa ‘Woyaya’ it was clear that the patrons at the event had been starved of good quality highlife music for their dancing pleasure. From His Excellency President John Mahama to the media in attendance, it was a dancing spree.
For these veterans who have plied their trade for years, getting the audience on their feet was quite an easy task. Point is, these performers have been entertaining a variety of audiences and surely knew what to do at the right time to get the audience yearning for more.
It is pretty obvious that we shouldn’t give up on highlife music and that with the right nurturing, we can scale unprecedented heights. If the current trend of highlifization of Nigerian music is anything to go by, then our artistes should consider a serious Sankofa. Nigerian tunes like Dorobuchi, Alhaji and the rest rely heavily on highlife rhythms and the recent success of R2 Bees with their seminal hit ‘Odo’ which was a highlife groove shows that we can ride on the back of the highlife to scale unprecedented heights given the right support.
SUPPORT FOR THE INDUSTRY
What comes to mind next is how to ensure that the industry catalyzes national development by contributing its quota in that regard. A number of initiatives as to how to support the Creative Industries in general and the music sector in particular have been proposed. However, the recent survey by KPMG – Comprehensive Study on the Music Sector in Ghana which was launched by the Minister of Tourism, Culture and Creative Arts Hon Elizabeth Ofosu-Agyare at the Grand Ball highlights a number of recommendations which are worthy of note here.
The Study sought to among other things, provide baseline data on the music industry, explain the structure of the industry to identify its strengths and weaknesses, make recommendations and proposals to stakeholders and government on the way forward for the music industry and stimulate discussion within the industry and between the industry and government and other interested organizations as to what can be done.
The recommendations are in a number of areas – Sector Recognition, Sector Organization, Education and Capacity Building, Infrastructure and Regulatory. Other areas are Collective Management Organization, Marketing and Packaging, Financing, Taxation and Performance Management.
To ensure our musicians produce high quality music, the Study recommends the reintroduction of music into the basic school curriculum so that our potential musicians would be equipped with the rudiments of music at an early age in addition to state support for the MUSIGA Academy; to ensure that investments flow into the sector, the study proposes the creation of a fund, provision of tax incentives for companies investing in the sector and the creation of a conducive environment private sector participation; in terms of marketing and packaging, the study recommends an improvement in CD packaging to make them more attractive and a collaboration between the Ministry of Tourism, Culture and Creative Arts and the Ministry of Foreign Affairs to promote Ghanaian music at international festivals. With regards to the Regulatory issues, the Survey recommends that the National Communications Authority (N.C.A) should ensure all stations should have logging system in place to log the music play and the empowerment of the anti-piracy monitoring team to enhance effectiveness.
Other recommendations contained in the Comprehensive Study of the Music Sector In Ghana are the creation of a Creative Industries Council and the establishment of a standardized fee structure for live performances by MUSIGA. The Survey concludes that “Even though the sector has traversed many phases, it holds the potential to grow to become a major contributing sector to the socio-economic development of Ghana. In this light, policy makers, industry players, researchers and all stakeholders need to collaborate to ensure that gains are sustained and challenges contained.”
Once the Survey has been launched by the Minister of Tourism, Culture and Creative Arts, the document is to be used as the basis for a plan of action to develop the music sector of the creative industries.

CREATIVE INDUSTRIES SCHEME et al
It is in that regard that the plan by the Ministry of Tourism, Culture and Creative Arts to establish a Creative Industries Scheme deserves some applause. According to the Minister, “the Creative Industries Scheme will create an enabling environment through direct and indirect support for arts, education, artistes, creative practitioners and organizations. It is also to coordinate and facilitate activities of artistes and creative practitioners, organizations, government and cultural agencies nationally and internationally.” The minister opined that “the creative industries could contribute significantly to the country’s GDP and even become the biggest export commodity or the fastest growing sector in terms of employment and its economic benefits.”
The bill for the scheme which is to be sent to Parliament is expected to be passed before the current Parliament is closed. The issue of a sustained support for the creative arts is a matter that has been discussed at length and it is expected to get even more interesting. There have been various suggestions as to how this should be done. However without reinventing the wheel, there are a lot of examples of funding models we can draw from as a nation. From the United Kingdom to the United States through Denmark to South Africa, there are examples of how the Arts Councils provide such support for the creative industries in those countries and it shouldn’t be treated like rocket science here. At the end of the day, the real practitioners should feel the impact of the scheme.

RIP ATAKORA MANU OF DISKO HIGHLIFE FAME
One of the leading exponents of the funky Highlife genre Atakora Manu has passed on to the ancestors. The veteran sound engineer, composer and guitarist who was a co founder of Kakaiku No. 2 also played with the Farmers Brigade Band during the C.P.P era and went on to work as an engineer with Ambassador Records in the seventies.
Atakora Manu also recorded a number of albums which included Disko Highlife, Afro Highlife and Mena Awurade Be Nante. The likes of keyboardists Bessa Simons and Willi Roi have paid tribute to him, describing him as a “very versatile guitarist and composer” and “a human metronome” while veteran artiste manager Paa Kay described him as “ a fine musician and a an extraordinarily gifted one.”
May he rest in perfect peace. 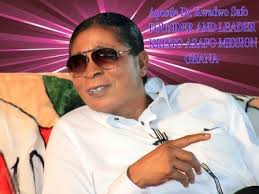 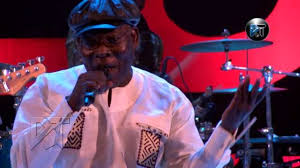