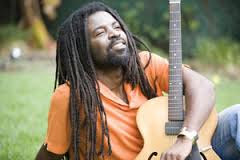 Last week on the X Factor UK, two Ghanaians, Reggie Zippy and Boli had the legendary Simon Cowell dazed. The two hiplifers who perform under the name Menn On Point are now domiciled in the United Kingdom where they wowed Simon Cowell and his panel of judges at the X Factor reality show following a stunning dancehall flavored performance. Simon Cowell said ‘I love you….and with you it’s always a sunny day’. The performance of the two comes on the heels of stunning feats by a couple of Ghanaians over the last couple of weeks. The duo is now through to the boot camp stage of the show.
Until their departure for greener pastures, both Reggie Zippy and Boli were budding stars with Reggie known for tunes like ‘Virgin’ and ‘Adoma’ and Bollie for his massive tune, ‘You May Kiss the Bride’. The duo last year made it to the second round of the Britain’s Got Talent reality show.
In the movie world, an unsung Abraham Attah from nowhere made his feature film debut in Beasts of No Nation produced in the United States and for his leading role as a child soldier Agu, Attah won the Marcello Mastroianni Award for Best Young Actor at the 72nd Venice Film Festival. For a boy who lives with a single parent in Ashaiman, this is no mean feat for someone who hasn’t acted a single movie before in his life.

Then there’s the case of David Adjaye who was selected in a competition to design the $500 million National Museum of African American History and Culture which forms part of the Smithsonian in Washington, D.C. In 2012, David was adjudged the Most Influential Black Person in Britain and has been awarded an OBE.
Another stunning feat that has gone by almost unnoticed is the Billboard Reggae Top 10 chart appearance by ace rocker, Rocky Dawuni for his current album, ‘Branches of the Same Tree’. There’s no doubt that Rocky Dawuni is doing really well for himself abroad with spectacular performances and high profile activities – working as a UN ambassador, brand ambassador for one of the Marley Family’s beverage products and brand ambassador for Clean Cook Stoves. Rocky is flying high globally but the home recognition is like a mirage with Ghanaian journalists not giving him his due.

Who Rings the Bell?
At a recent seminar on the Creative Arts organized by Auntie Korkor’s Institute for Music Development (IMD), the role of the media in promoting the creative arts came under the microscope. At the meeting, nearly all the media persons hadn’t heard the story of David Adjaye, the brilliant architect who the British media are describing as the pride of Britain.
Apparently, the absence of an association of entertainment writers could be one of the problems since such a network will share information with the view to promoting the arts in Ghana instead of a blind competition. The other day, someone wondered how come Ghanaian media practitioners seem to know everything Beyonce, Rihanna or Jay Z is doing but seem to be in the dark when it comes to some of our internationally celebrated personalities.
Methinks the local media should be more interested in the exploits of some of our acts who are on the global stage. Yes the celebrities also have to promote themselves but by and large, as media we have a responsibility to tell the stories of these amazing Ghanaians and how well they are doing abroad. It appears as if the Ghanaian media will wake up one day to hear of Rocky’s nomination for the Grammys and will be all over the place or the exploits of another Ghanaian and we will be like ‘where’s he or she from?’

During discussions at the IMD forum, speakers including top playwright Ebo Whyte and Prof Martin Owusu bemoaned the addiction to mediocrity by industry practitioners among other ills afflicting the creative arts in Ghana. Cataloguing the challenges the creative arts faces in Ghana, Ebo Whyte cited the limited number of performance venues, indiscipline, nonexistent infrastructure, poor sales and marketing strategy and a lack of professionalism which is evident in the poor work ethics of the industry practitioners.
Ebo Whyte acknowledged that much as Ghana abounds in talent, the attitudes of our industry practitioners hinder any possible progress we stand to make. Therefore to make meaningful progress there’s the need for a whole lot to be done.
One of the key requirements agreed by most of the experts at the forum was the need to introduce the arts at an early age in school. Prof John Collins of the School of Performing Arts, University of Ghana, Legon bemoaned the fact that in the many of the students who come to the school have virtually no knowledge of any musical instruments and the age at which they are introduced to the instruments doesn’t allow them to master the instruments the way they should.
Way Forward for Vibrant Creative Industries
Certainly a musician, actor or sculptor who learns his or her trade in his twenties is making a late start compared to someone who picks up the tools of their trade at a younger age. Such a person is able to grow with the instrument or trade, mastering the ropes as they advance in age and then producing stunning and outstanding work as a result. It is therefore imperative that we reintroduce music into our basic school curriculum.
For the likes of Auntie Korkor and other industry experts, there’s an urgent need for the establishment of the Creative Industries Council which will act as a liaison between the arts and government. For her, other countries are working well with their Creative Industries Councils. Currently, there is a draft bill to be laid before Parliament for the establishment of a Creative Industries Scheme within which the Council will be situated.
The Comprehensive Study on the Music Industry conducted by KPMG also makes some interesting recommendations for the development of the creative industries. It shares the need for a Creative Industries Council, the building of performance venues across the country and facilitating private sector investment into the arts through tax incentives. Other suggestions were for the strengthening of the regulatory framework on piracy which afflicts both the music and movie industries. 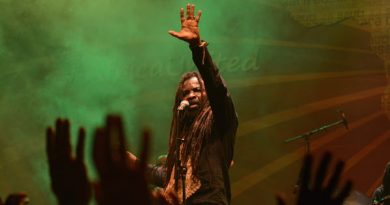 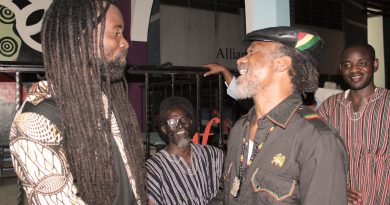