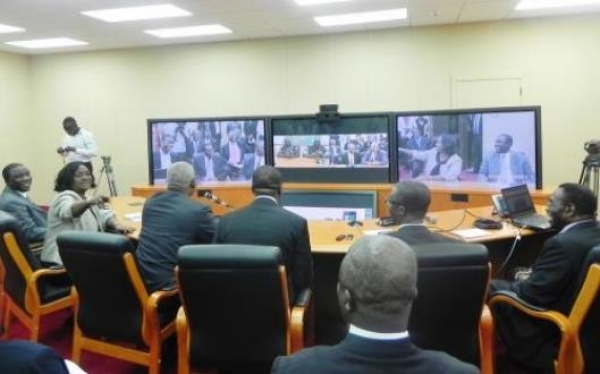 Civil society group, Citizens Movement against Corruption (CMaC) has announced a planned public vigil on Monday, September 24, in support of the premiering of the video on which some judges were captured allegedly taking bribe.

The latest exposé piece of celebrated investigative journalist, Anas Aremeyaw Anas captured 34 judges and over 100 judicial service staff on video and audio tapes negotiating and collecting huge sums of monies from agents of suspected criminals and set them free.
However, CMaC in a statement fears an “injunction will serve as a bad judicial precedent which politicians could use to stop journalists from releasing information on wrong doing in the future”.

Read the full statement below:

Fellow Ghanaians, the call by the Citizens Movement against Corruption (CMaC) for a public vigil on 24th September is for the restoration of Freedom and Justice to our beloved country.

This is what our forbearers Kwame Nkrumah, J. B. Danquah, Corporal Attipoe, Sergeant Adjetey many others lived and died for and we dare not loose it cheaply or without a fight!! As citizens we should use our FREEDOM or RIGHT to associate in non-partisan manner to fight for these eroding principles and pillars of our democracy.

This vigil or gathering we are about to embark on is all about our FREEDOM, as it is about JUSTICE.

A free and vibrant press is crucial for democracy to thrive and there are very grave implications if they manage to gag Anas and Tigereyepi. An injunction will serve as a bad judicial precedent which our politicians will use to stop journalists from releasing information on wrong doing in the future!

It will also stifle our right to information as citizens and cripple the fight against corruption! Information, they say, is power so this seemingly innocuous attempt by some of the judges to get an injunction has HUGE implications for us as citizens and for generations to come!

Please join other citizens to on 24th September to send a clear message to our legislature, the executive and judicial arms of government that ENOUGH IS ENOUGH!!!