Let’s take the individual service personnel and look at how they are selected and posted.  Most of the time, the course the individual studied is not taken into consideration when postings are done, for instance, a banking and finance graduate may end up being posted to a municipal assembly while a dance graduate gets posted to a financial institution. You will see a lot of personnel with this kind of postings parading the corridors of the service secretariat demanding for reposting which normally is not granted, so they end up losing one whole year of their life which they could have used to gain experience in their chosen field of studies and envisaged carrier paths.

Getting back to the issue, I want to ask, Is the mandatory national service as we have it now  that imposes a job on the fresh graduate whether he/she likes it or not the only option all the policy makers and our big brains can think about? We can force our graduates to work places that they are not interested in but we cannot force them to serve, so non-commitment remains the order of the day and a whole year of waste is created in the life of many of these young men and women.

Once upon a time, the whole world believed that the world was round, and that was guiding principle behind human thinking back then. Today, we in Ghana believe that the mandatory national service is the only way to go in order to instil nationalism in the Ghanaian youth, or is it the only capacity in which the young graduate can render service to mother Ghana.

I can bet my last coin that if the situation we have in Ghana where the example set by people in position doesn’t change , the national service will never be able instil a single drop of nationalism in anyone. The little they will be able to instil in the Ghanaian youth will evaporate once they begin to face the reality on the ground, for it is not what the lion tells the cub that the cub learns from but what the lion does. The attitude of the youth today is the reflection of the society they grew up in. The mandatory national service is largely not serving its purpose. It is rather wasting the whole year of the majority of that take part yearly.

Taking the developmental needs of the country into consideration, the investment the country puts into the mandatory national service scheme does not yield the needed benefit that will help to propel the overall long-term development of the country. Per the rough calculations I have done taking into the consideration the number of young men and women who will take part in the 2015/2016 national service year, the nation is going to spend over GHC 200 MILLION on the allowances of the service personnel. I believe this money when directed into creating permanent jobs every year will give the youth permanent employment right from exiting school while we will also be on the right path in terms of our developmental needs. After all, if the young man gets that permanent job right after school without a compulsory national service, he/she will still be serving mother Ghana while the future goal of the individual is being taken care of. As it stands now we are using a stone that could be used to kill two birds, to kill none instead.

Let us take the new national service module that I understand will be initiated this year where some service personnel will be deployed to manage traffic in our cities as an example. Graduates with background in computer science and engineering can be identified right from their days in school and organized in a group right after school, with mentors, and can be given start up capital to start an organization that will be geared towards developing computerized traffic control systems that will be used in Ghana. Cities like Zurich have been using these systems as far back as the 1970s and this has provided permanent and well paid jobs for their graduates over the years but we here in Ghana are going to send our graduates onto the hot sun to direct traffic. It is a total waste of precious potential and human resource in this day and age of technology. If we are able to take steps like the one have just discussed, we will be looking at creating permanent jobs for young graduates, exporting this technology and other products and services to other parts of Africa and will be reaping many unforeseen benefits as well. Spreading allowances thinly each year to service personnel does little to help the development of the country in my opinion. This money, as a large sum, if used prudently will create thousands of permanent jobs each year for our fresh graduates who complete the mandatory national service and are left to their fate.

As it stands now, the national service personnel doesn’t see national service as an opportunity to serve the nation, they only view it as an avenue to escape the harsh financial constraints that a fresh a graduate faces, but for that, even the legal demand to complete a year of service to the nation will not deter a lot of young graduates from not fulfilling this mandatory obligation. The law that established the mandatory national service must be relooked at; it is a World War 2 era law that has been discarded by most of the countries that initiated it. 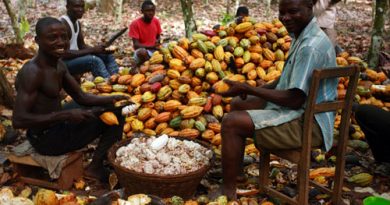 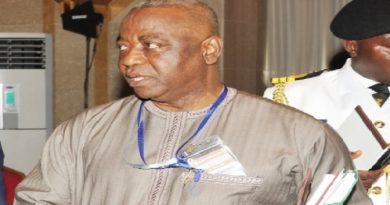 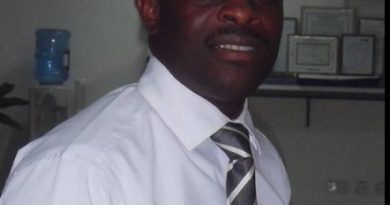