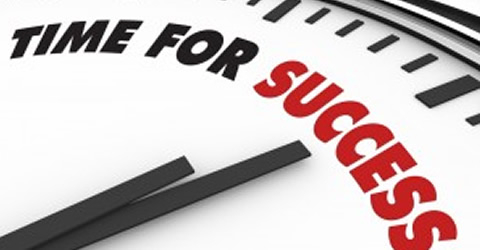 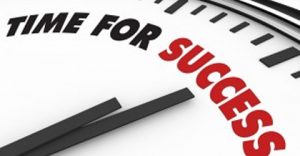 According to American clergyman, activist, and leader in the African-American Civil Rights Movement, Martin Luther King, Jr., “If a man is called to be a street sweeper, he should sweep streets even as Michelangelo painted, or Beethoven composed music, or Shakespeare wrote poetry. He should sweep streets so well that all the hosts of heaven and earth will pause to say, here lived a great street sweeper who did his job well.”

There are interactive forces governing the life and assignment of every great individual which is not obvious to the average person.

Great people have the understanding that they are not celebrities but servants. Regardless of how much they are celebrated by people, they still hold this thought dearly at the back of their minds that they are just ordinary people who have been given the undue mandate to serve their communities and the world at the large in a great way.

Great people tend to have interior monologues asking themselves questions like, who am I? Why i am the chosen one for this assignment? Do i have what it takes? , etc. In other words, they marvel at the pedestal they have been placed by people around them and the privilege accorded to them to serve their generation. They simple consider themselves as undeserving and fortunate to be chosen for such a cause, service, or assignment.

Greatness varies in latitude, gravity, season, and purpose. The seed of greatness in a truck driver or a homemaker may differ in size, focus, and aim from that of a music composer, an entrepreneur or a medical doctor but they are all deemed great individuals in the sight of God, the “Assignment giver”.

See, it is not what you do that makes you great, it is the impact and significance of what you do in the world that determines your greatness.

Inside every single individual on planet earth is the ability and potential to change their environment, community and generation in a great way. American author, Napoleon Hill advised, “If you cannot do great things, do small things in a great way.”

Oftentimes because we fail to understand the dynamics of greatness, we tend to misconstrue the true essence and nature of greatness. Hence we shoot for the limelight and crave for popularity.

There are scores of individuals in remote communities round the globe who have never been exposed to any media platform but are deeply immersed in transforming, enlightening, and empowering people daily. These people also bring smiles to the faces of the underprivileged and ostracized populations.

Don’t be carried away by the glitz and razzmatazz of celebrities in the media, governments, institutions, and societies who lack substance and significance in their lives. Rather be inspired by the sacrifices and services of individuals who put their lives and comfort on the line for their countries and people around the world.

Be in encouraged by a great person like Yohannes Gebregeorgis who is passionate about establishing libraries and literacy programs, a desire to connect Ethiopian children with books.

• Gebregeorgis left his job and the comfort of his home in the United States and returned to his home country, Ethiopia with 15,000 books donated by the San Francisco Children’s Library.

With these books he opened the Shola Children’s Library on the first floor of his Addis Ababa home.

Gebregeorgis believes in reading storybooks to children who have no access to television or computers. He believes that literacy and education will emancipate his impoverished land, gripped by HIV/AIDS.

When asked of his purpose of leaving a more comfortable and secured life in the US to return to his country, Ethiopia, Gebregeorgis declared  “I just wanted to come back to Ethiopia and help children have a future, have hope.”

• Shin Fujiyama is a young person with the spirit of greatness. Born in a fishing village in Japan, Fujiyama, 25, recalls a childhood dominated by health concerns.

In the words of Shin Fujiyama, “Somehow I was cured and I became a normal kid, and I had a second chance.” During his sophomore year at the University of Mary Washington in Fredericksburg, he volunteered in Honduras with a campus group and was struck by the extreme poverty he saw: barefoot children collecting cans and sleeping in the streets.

Fujiyama says he realized he could help give other children their own second chance.

Since 2006, the siblings’ grass-roots campaign to help Honduras has grown to 25 campuses and raised more than $750,000 to fund projects, including the construction of two schools and the establishment of scholarships to help young women attend college.

Listen to the heart of true greatness: “I feel like we’re making a huge impact. Some people might think that you have to be somebody famous or a millionaire or a doctor to do something, but we’re just everyday students, people in their 20s. We can do so much. We’ve got so many things going for us. … It’s just about leveraging what we have. And we have done a great job at that.”

These individuals regardless of lack of resources and media platforms, the spirit of greatness residing in them wouldn’t let them sit idle and watch people in their respective communities live in abject poverty or debilitating conditions.

Inside you is an idea, a dream, passion, gift, calling, or purpose to make this world a better place starting from your own community. The lack of understanding of the underlying forces involved in discovering, developing, and deploying this precious package sitting inside you will deprive the world of the resources and ideas buried in you.

Irish playwright and a co-founder of the London School of Economics, George Bernard Shaw, with the insight of the dynamics of his greatness stated, “I am convinced that my life belongs to the whole community, and as long as I live it is my privilege to do for it what I can. For the harder I work, the more I live. I rejoice in life for its own sake. Life is no brief candle for me. It is the sort of splendid torch which I got hold of for a Moment, and I want to make it burn as brightly as possible before turning to over for future generations.”

To be truly significant and impactful with your gift or ideas, you need to understand that there are some governing principles or forces at work which you have to subject yourself to in order to fully actualized your purpose in life.

Majority of people do not get to the promise land of their dreams because they elevate their personality above principles but to be great in life you have to learn how to elevate Principles above Personalities.

The following are few tips to help you understand the dynamics of greatness even as you seek to deploy your gifts, ideas, and talents to the world:

• Identify your seed of greatness- To be significant in life you have to first know and understand what you are carrying as a person. What are your strengths, niche, gifts, talents, and calling? What sets your heart on fire – What is your passion? Your seed will determine where your fruit would be needed. “Man is only truly great when he acts from his passions”, Benjamin Disreali.

• Know the purpose of your greatness- The reason of your existence is proportionate to your greatness. The world is in dire need of your natural endowment othat is why among the 7 billion people on earth you are the only one equipped  with  special talents, ideas and abilities to change and affect lives positively . The day you will discover your purpose in life, you would be on the highway to   greatness.

• Pay the price of greatness – Understand the principle of no pain no gain. Everything worthwhile in life comes with a price and the level of greatness assigned to you is predicated on the price to pay. In other words, your prize determines your price.

• Discover the level of your greatness- Though all humans are endowed with the seed of greatness, the impact, scope and reach of our domains are not on the same level. Every great man or woman is distinct in his /her assignment or passion in life. I often argue that, the level of our greatness determines our resources or wealth in life. Hence, don’t be envious of the wealth and resources assigned to other people on a higher level of greatness or assignment than you because your assignment determines the resources made available to you.

It is sad to see people who are destined for greatness but for the lack of knowledge and the unwillingness to submit to principles governing their gifts and talents take a noise-dive in life, crashing their dreams.

Great people are perpetual learners. They understand the value of continuous development of abilities, mental faculties, and the inner self. The true nature of a great person is to be sold out to a cause greater than himself/herself by changing the world to a better place. Mexican-born American theoretical chemist and prolific writer, Henry Eyring affirms my conviction by saying:

Let us consider the nature of true greatness in men. The people who can catch hold of men’s minds and feelings and inspire them to do things bigger than themselves are the people who are remembered in history. . . . Those who stir feelings and imagination and make men struggle toward perfection.