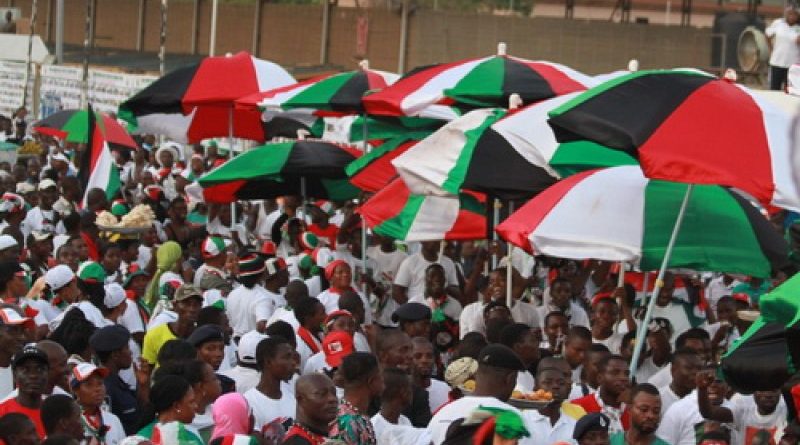 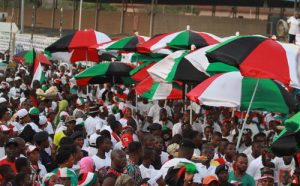 The ruling National Democratic Congress (NDC) will elect presidential and parliamentary candidates on November 7 as it introduces ambitious plan to have every single card bearing member vote in the nationwide primaries.

The party has pegged parliamentary filing fees at 10,000 cedis and an aspirant will have to pay 1,000 cedis to pick up a form.

Women and physically disabled will have a 50% discount. Presidential aspirants will have to pay 50,000 cedis.

Nominations will be opened on 27 August and closed on 10 September 2015.

But the biggest issue in the set of directives and guidelines issued by the party after a meeting Thursday, is a novel plan to ensure that every card bearing member can vote on 7th November 2015.

It is a democratic first and a marked improvement in the system employed by its rival the New Patriotic Party which chooses delegates from the polling stations to form a 144,000 voting body for its congresses.

A Deputy General Secretary of the NDC, Koku Anyidoho says this new policy is to cure the famed culture of vote-buying.

“If you think you have all the money in the bank of Ghana go and buy every member”, he trumpeted the new policy as having come to stay.

Koku Anyidoho was magnanimous enough to admit that the party copied from the NPP but has improved the policy by giving every single member a say in who should represent the party.

He said political parties being what they are, will normally castigate an opponent’s plan only to turn around and adopt it.

He also referred to a time when the NPP laughed off a door-to-door campaign by the NDC flagbearer in 2008 when it was in opposition. The NDC won the elections.

“So yes, you laugh and then you go back and copy,” he said.

Explaining further the reasons for enfranchising every member, the Deputy General Secretary said the party has noted that delegates sometimes choose candidates who do not resonate with the grassroots.

This shows in the results of general elections where the presidential candidate garners more votes whilst the parliamentary ticket suffers because the grassroot do not endorse the candidate selected by delegates.

Voting for presidential and parliamentary candidates in all polling stations will take place on the same day.

The General Secretary of the party Aseidu Nketia explained at a press conference that the party has decided to hold the presidential and parliamentary concurrently because it is “cost-effective”.

He added that upcoming events like the District Assembly elections, the Muslim pilgrimage, and the reading of the budget does not make it convenient to hold separate elections.

While the parliamentary primaries in 275 constituencies are set to be keenly contested, there is no known contender of President John Mahama as yet.