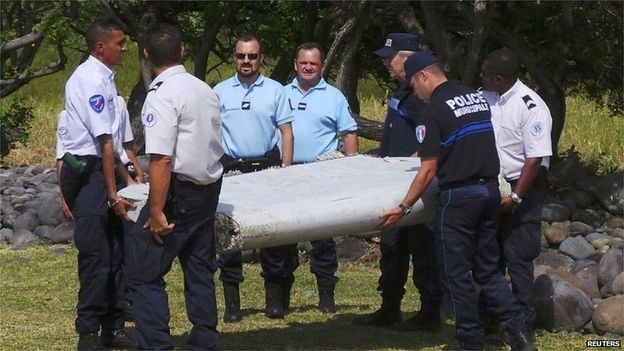 Relatives of those missing on Malaysia Airlines flight MH370 are angry at apparent mixed signals over whether part of the plane has been found.

Malaysian PM Najib Razak said experts in France had “conclusively confirmed” the wing part found on an island in the Indian Ocean was from the aircraft.

But French investigators stopped short of confirming the link, only saying it was highly likely.

Chinese relatives staged a protest outside the airline’s Beijing offices.

The Boeing 777 was travelling from Kuala Lumpur to Beijing on 8 March 2014 when it vanished from radar. It had 239 people on board, most of them Chinese.

Debris found on the remote French island of Reunion a week ago – a wing part known as a flaperon – was the first possible physical trace of the aircraft.

Experts in the French city of Toulouse are carrying out tests on the aircraft piece.

Mr Najib, in an announcement that came after the first day of tests, said investigators had “conclusively confirmed that the aircraft debris found on Reunion Island is indeed from MH370”.

Malaysian transport minister Liow Tiong Lai said elements of the flaperon, including the paint colour, matched with maintenance records for the missing flight.

He also said, in another development, that more suspected plane debris had been found on Reunion, including window panes and seat cushions.

Those items had been sent to French authorities to be verified, he said, although French investigators have denied this.

French prosecutor Serge Mackowiak has said only that there are “very strong indications” that the flaperon does belong to MH370, adding that confirmation would only come after further tests.

The BBC’s Hugh Schofield in Paris says Mr Mackowiak’s wording does not suggest he has doubts, but that he is exercising legal caution.

But the lack of a consistent message from the various authorities has angered many of the families of those missing.

A number of relatives gathered outside Malaysia Airlines’ offices in Beijing to demand answers.

“France is being cautious about it, but Malaysia is desperate to put an end to this case and run away from all responsibilities,” said Dai Shuqin, sister of one of the passengers.

“We suspect that the plane wreckage could be faked,” said Liu Kun, whose younger brother was on the plane.

Many relatives have long been frustrated by Malaysia’s handling of the disaster, which at times has been marred by contradictory and conflicting information.

Because of this, many families have pretty much lost trust and don’t know what to believe anymore, the BBC’s John Sudworth reports from Beijing.

Australia, which is leading the search for the plane in the southern Indian Ocean, said the discovery of the flaperon suggested they were looking in the right area.

Prime Minister Tony Abbott said the search would continue as “we owe it to the hundreds of millions of people who use our skies”. 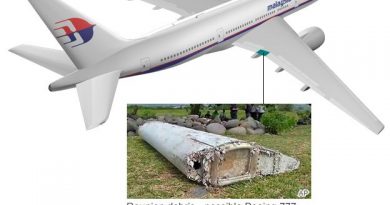