A leading member of the Ghana’s opposition New Patriotic Party (NPP), Dr. Amoako Tuffour says there is no fighting in the party as is commonly perceived by many people looking in from outside. He says the perceived bickering is only a demonstration of the internal operations of democracy within the party.

Dr. Amoako Tuffour was speaking at the launch of the Coalition To Elect Nana Addo And Bawumia (CENAB); an intra-party group campaigning for the re-election of 2012 presidential candidate Nana Addo Dankwah Akufo Addo and his running mate Mahamudu Bawumia come the party primaries in October.

The event was held at the Radisson Hotel in Philadelphia, USA.

Dr. Amoako Tuffour encouraged members of the NPP to be more vigilant than before in order to seize power from the governing National Democratic Congress (NDC) in 2016. He said the party should introduce a counter-propaganda machinery to deal with the NDC’s brand of propaganda as well as to form a vanguard to check rigging in the next election.

In a glowing tribute, the one-time policy advisor in the erstwhile Kuffour government said Nana Addo is a true, incorruptible and patriotic Ghanaian who had the option to give the order to plunge Ghana into total chaos but chose rather to accept defeat in the 2012 election for the sake of peace in Ghana. He further endorsed the Akuffo Addo- Bawumia ticket as a winning team and the best one to salvage the fortunes of Ghana from the economic mess the Mahama government has plunged the country into.

He predicted a landslide victory for Nana Addo in the primaries.

On her part MP for Dome-Kwabenya, Adwoa Sarfo took the Mahama government to task for reneging on the promises made to Ghanaians in the last election. She referred to an ailing economy and corruption among other factors as clear signs that a change of government is needed to redeem Ghana. She blamed the World Cup fiasco where $3million was flown to the players in Brazil as redolent of the fact that Ghanaians- even the footballers- had lost confidence in the President to deliver on his promises. She said this is why the players insisted on being paid their monies before appearing on the field to play for the country. She concluded that the best person to correct all the ills is Nana Addo Dankwa Akufo Addo and his running mate Dr. Mahamudu Bawumia.

Executive Director of the Dankwah Institute, Gabby Otchere Darko also took to the podium to address the gathering. In his speech he noted that Ghana has been in charge of her own affairs for 60 years; since 1954 when Dr. Nkrumah was made leader of Government business. He said out of the 60 years, the Dankwah-Busia-Dombo tradition; out of which the NPP emerged, has had only 10 ½ years. He inferred that the woes of the country could thus be squarely placed on the doorstep of the other parties who have been in government as well as the military regimes that ruled Ghana at several points in time.
Mr. Otchere Darko reiterated Dr. Amoako Tuffour’s assertion the NPP is not divided. “We have never been more united” he said. He further stressed that about 81% of NPP Members of Parliament have rallied behind Nana Addo indicating the party is firmly together united behind a leader that they have confidence in. “I’ve never seen all 10 regional chairmen supporting one candidate”, he said.

He advised the newly inaugurated CENAB not to focus on the NPP but rather to sell the vision of Akufo Addo and the competence of Bawumia to the so-called floating voter.

Ashanti Regional chairman of the party, Bernard Antwi Boasiako popularly known as ‘Chairman Wontumi’ cleared the air that he, as an official of the party does not necessarily support a particular candidate, but he is at the event to represent a majority of members in his region who have endorsed Nana Addo as the most plausible candidate for 2016.

Present at the launch was Nana Kwaku Agyei Yeboah, the USA chairman of the party, as well as representatives from different states in the United States.
There was a performance by Ghanaian percussions legend Okyerema Asante. There was also a fundraiser during which a smock in the party’s colors was auctioned for $2500. 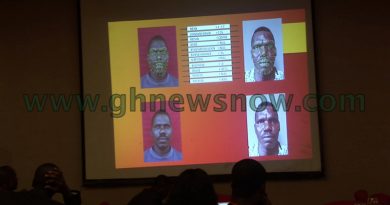 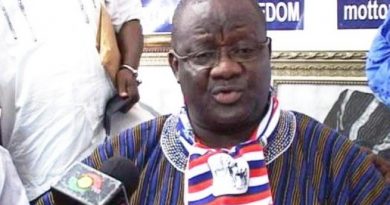 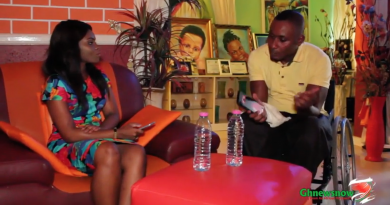