For all that has been reported in the media about Julius Malema, any observant reader is left with several questions about the man who was famously expelled from the ruling African National Congress (ANC) party in South Africa. Malema has since resuscitated his political wares by establishing the Economic Freedom Fighter’s movement (EFF), which is more or less an offshoot of the African National Congress Youth League (ANCYL) he led during his time in the ANC. A drill down into the reasons why Malema was expelled from the ruling ANC shows an ebullient Malema disappointed with the status quo government for its lack of action in policy making towards job creation for the masses. It occurs Malema’s main issue had to do with wealth redistribution, especially towards blacks who had been previously excluded from viable economic activity during apartheid.

Malema is no political novice. His biography mentions that he joined the ANC party at age nine or ten, by which his role at the time was to remove the posters of the apartheid National Party. In essence, activism and fighting for just causes are just at the core of Malema’s DNA. Fast forward a couple of years later, Malema emerges as the future of post apartheid South African politics, which has been dominated by the ruling ANC party. Because of its historical significance in the fight against apartheid, the ANC has continued to enjoy widespread success amongst the predominantly black populace, who remember the atrocities and massacres unleashed onto them by the previously apartheid government.
Enter Julius Malema with his rhetoric of economic restitution and fighting for the cause of the common man. It leads to the question of whether Julius Malema is a political protagonist or pragmatist. Issues of widespread unemployment are rampant throughout South Africa, and most of the adults between the ages of 21- 35 are unemployed in South Africa. During the time that a post independence South Africa has existed, several progressive policies meant to empower the previously disenfranchised black populace have been implemented, with the most famous of these being the Black Economic Empowerment act, which seeks to cede an allotted ownership percentage of companies to black owners.

On paper, these policies are usually applauded and seen as progressive moves that would greatly benefit the masses. However, in actual reality, these policies have only benefited a coterie of black political and business leaders, thereby creating a class structure dominated by the minority whites and a few black politicians. Malema is also a beneficiary of these policies to a certain degree, coupled with the generous salary he draws monthly from his gig as Member of Parliament. Based on these facts alone, one could easily be drawn to say Malema is nothing but a bitter political aspirant whose raucous conduct resulted in his expulsion from the party that forms his political DNA. In essence, Malema could be branded as a protagonist, hell bent on shaking the status quo to advance his own political agenda.

Malema is not a saint. He has previously been grilled about his involvement in a roads deal worth ZAR 52 million on charges of misrepresenting himself and his colleagues to the transport department of Limpopo province. It was reported that he used the proceeds of the tender being awarded to a company he was associated with to purchase a farm and a luxury vehicle. In another issue, Malema also roped in President Jacob Zuma into the limelight umping up the volume amongst allegations over the exorbitant costs to develop his Nkandla homestead. In a rally past, Malema was quoted as saying “Zuma must be arrested for stealing from the poor. Zuma must rot in jail. Zuma does not belong among us”. This could be seen as retaliation for the restitution Malema was ordered to pay after being accused of taking in kickbacks in the Limpopo roads tender. These have been some of the corrupt practices linked to the ANC and Malema.

But one has to be careful when assessing the story of Julius Malema. Is he not correct in mentioning that the current government has failed its populace by dropping the ball on unemployment? One has to look no further as well. The Marikana massacres, where 44 mining workers were killed in clashes with the South African Police, an event where the police service used excessive force on civilian strikers for better wages is a distinct event Malema uses to advance his political manifesto of Economic Freedom Fighting. Hence, is Malema a pragmatist who is merely observing the ills of the policies his former party implemented with no tangible results and seeking better solutions or a protagonist merely inciting infighting within the ruling ANC? From the sidelines one cannot help but think that the cock has come home to roost. 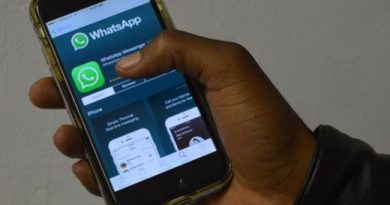 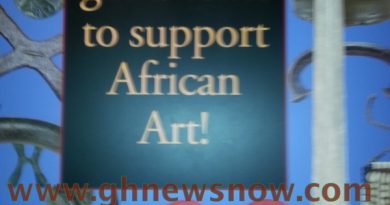