Earlier this year, the age-old rivalry between Morgan Tsvangirai, the leader of Zimbabwe’s opposition Movement for Democratic Change (MDC), and Tendai Biti, the party’s secretary-general, bubbled to the surface in dramatic fashion. The MDC’s two leading figures had long held together an alliance at the heart of the party, but this arrangement shattered spectacularly two months ago and has only deteriorated since.

The rupture began in earnest on 26 April when a faction of the party led by Biti announced that Tsvangirai, along with a handful of other senior members, had been suspended following a vote by the national council due to his “remarkable failure of leadership.” A few days later, Tsvangirai publicly rejected the pronouncement and said that he had now expelled Biti and eight of his allies. “The man doesn’t believe in anything except his power,” Tsvangirai said of Biti, echoing the same allegations that had been aimed at him.

In many ways, this exchange set the tone for the struggle that has raged in the past two months as the rivalry has spread beyond the national council with the battle lines running ever deeper and the stakes getting ever higher. In the latest intensification of the spat just a few days ago, it emerged that the two factions of the MDC will be holding separate party congresses, with each bloc refusing to recognise the legitimacy of the other’s.

Tsvangirai vs. Biti
In the battle for leadership of the MDC, the two men and their political teams have adopted different strategies. In one corner, Tsvangirai seems to have adopted a short-term tactic based on the advantages he enjoys over Biti. One critical element of this is to emphasise that he is the most popular MDC official amongst the party’s rank-and-file, while the MDC strongman also seems happy to use the party’s youth militia to intimidate opponents.

In the other corner, the no less determined Biti appears to have adopted a longer-term strategy designed to persistently undermine Tsvangirai’s authority and reputation. His so-called ‘renewal team’ has consistently painted the party leader as “authoritarian” and “power-hungry,” and tried to claim that Tsvangirai is no longer the man the opposition once came to know and love. “We will not talk to him until the new Morgan behaves like the old Morgan, the democrat we used to know,” Jacob Mafume, a Biti ally, said somewhat mournfully in May.

When it comes to the local media, Tsvangirai seems to have benefitted from a degree of sympathy. His political mandarins have worked in tandem with loyal newspapers to project the MDC leader as being the man in the driving seat, though Biti’s renewal team may well be catching up. The result is an intense contestation between the two factions to determine the story being told.

This was seen clearly in the aftermath of a recent incident. In early May, following announcements about party expulsions and counter-expulsions, MDC vice-president Thokozani Khupe wrote to the speaker of parliament asking for nine Biti-aligned MPs to be recalled. A few days previously Biti had, in fact, sent a pre-emptive letter calling for the speaker to protect those MPs. Either way, the speaker of parliament, Jacob Mudenda, eventually responded by saying he had no such authority over the internal affairs of a political party.

Interestingly, both camps tried to claim this development as a great victory for their factions. Mafume from Team Biti, for example, told reporters that the speaker’s decision vindicated his group’s position that Tsvangirai and “his lot” had no right to recall MPs. Meanwhile, the strangely ecstatic Douglas Mwonzora from Team Tsvangirai said that the ruling showed the speaker had refused to endorse Biti’s interpretation of the law.

Having said that, however, the Tsvangirai faction’s confidence in this matter may be shakier than this rhetoric suggests. The next step in the internal battle over the MPs would be to go to court and Obert Gutu, a former Justice deputy minister and Tsvangirai ally, has advised his faction against going head-to-head with Biti in court. Gutu says that this is because a protracted legal battle would play into the ruling ZANU-PF’s hands, but some suspect that Tsvangirai’s group are in fact afraid that Biti, a leading lawyer and shrewd tactician, knows his material well and would relish a fight in the court system.

The Guardians
Another body that has been dragged into the Tsvangirai-Biti struggle has been the Guardians’ Council, a group of party elders. In a strange turn of events in May, Sekai Holland, the group chair, made a statement following a two-day meeting in which she strongly distanced herself and the council from the actions of Biti’s faction. “The Guardians’ Council wishes to categorically state that it was never involved in the planning, convening, organising and conduct [of the move to oust Tsvangirai],” she said. The announcement was understandably celebrated by Tsvangirai’s supporters.

However, just days later, Holland, an ally of Biti, claimed that she had been coerced into making that statement which had been authored by a member of Team Tsvangirai. “The whole meeting was unusual because we had militias milling around,” the elderly politician revealed in a radio interview. “Earlier I had received information that I was going to be beaten up because they wanted a particular statement.”

The Tsvangirai-Biti rivalry has also spilled over into relations with the West, with each faction courting diplomatic support. On this score, Tsvangirai appears to be losing. While the MDC leader used to be able to do no wrong in the eyes of his Western allies, support for the strongman has declined steadily in recent years and has particularly dropped off since his defeat in the 2013 general elections. European and US support has long helped to keep the MDC afloat and without it, Tsvangirai will struggle to undertake the extensive campaigning that has been instrumental in making him popular with party supporters.

By contrast, Biti’s fortunes seem to be high on this count. He is reported to have met recently with European dignitaries and has claimed that his group has no financial troubles, giving extra credence to suspicions that donors have sided with his faction.

Winner takes it all
All in all, the struggle for the MDC leadership is finely poised and looks set to deepen until either some kind of rupture or resolution. Tsvangirai seems set to continue using his imposing personality and the full weight of the party machinery to entrench his position. Meanwhile, Biti will be hoping to keep making advances as patience with Tsvangirai after a decade and a half in power continues to falter, both in Zimbabwe and internationally.

It is difficult to say who will blink first, though if events continue along the same path we have seen in recent months, Tsvangirai’s might just find that the reins of MDC power he has come to hold for so long finally slip out of his grip. 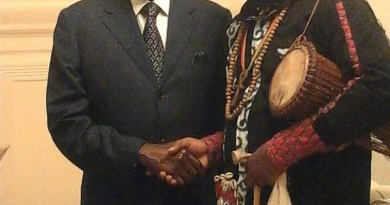 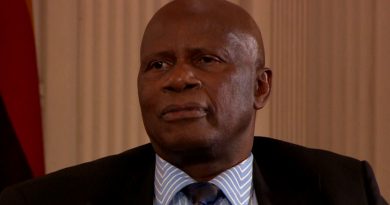 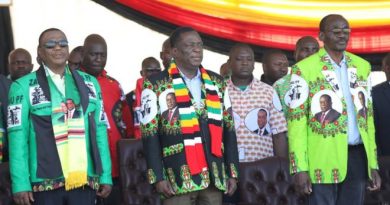