It is now confirmed that tough-tackling Ghanaian defender Jerry Akaminko will miss the World Cup. Just days before the tournament is due to kick off in Brazil, the Turkey-based player who plies his trade with Eskişehirspor hurt his ankle in a warm up game against The Netherlands in Rotterdam. Social media pictures show the player in Plaster of Paris (POP); a clear sign that he is not going to recover in time for the Mundial in 10 days. Reports say he will be sidelined for three months. Ghana lost the game by a lone 5th minute goal.

In a related development, Leicester City’s Jeffrey Schlupp who was hailed by many pundits as the best choice for the left back position due to his natural left-footedness and striker David Accam have been left out of Coach Kwasi Appiah’s final 23 man squad for Brazil.

Conspicuously on the list are Captain Asamoah Gyan and midfielder Sulley Muntari who will be both be playing in their third successive World Cup. Michael Essien and Kevin-Prince Boateng also made the 23-man squad. The final 23 will now head for the US where they will play another warmer against South Korea in Miami; Florida before emplaning for Brazil via Washington DC.

A highly rated Ghana is grouped together with the U.S.A, Germany and Portugal in a group considered by many be be the ultimate group of Death.

Below is the final squad for Brazil 2014. 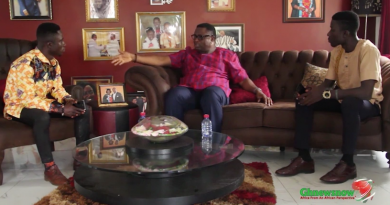