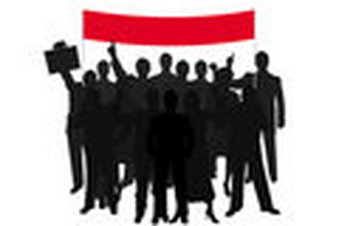 Christmas, Easter, Eid Ul Fitr, Kwanzaa, Hanukkah, Valentines Day…All Fools Day! Wow! Even Fools have a day! That is the nature of the world we live in today. And it is beautiful. I mean the human specie has advanced so much; to the point where we have ‘animal rights’; and a day for Fools. We have learned to come out of the age when ‘brute force reigned’ to the era of the rule of law, and children’s rights, and women’s rights and whatever other right is next that all humanity will be fighting for; without the need for the sharp polarization that the issue of certain kinds of rights comes with.
My never-ending quest to ask the silliest questions ever is still in motion. My never- satisfied-with-petty-answers mind is still active and buzzing with all manner of questions. And if you find my questions silly, don’t worry. After all…

I always wonder why we have animal rights and yet some animals sleep in the master’s bed while others end up in the stew pot, without anyone raising their voice for them. Does the dog perhaps have more rights than the cow or chicken? I guess its all part of that same hypocrisy that makes us pretend as a human race that the world is OK the way it is today. That some nations have the right to rob other nations of their resources in the name of economics or investment or all these fabulous terms my great-grandfather never understood and yet lived a better life.

The same kind of hypocrisy that sees the economic impact of Mugabe’s actions in Zimbabwe without seeing the dehumanizing effect of sanctions or simply refusing to see beyond 1980! If you think I do not understand, don’t worry. After all…

And then the almighty debate. The one that we are shy, or paranoid, or scared or just not interested in. The one that is difficult to explain to the kids but is slowly but surely becoming part of the curricula in western schools.

In Australia, there was a huge debate about a woman who in the name of her religion and culture decided to appear in court before a judge wearing a ‘burqa‘. What makes this debate interesting to me is that it presents so many sides to the ‘rights’ issue.

Does the woman have the right or not to dress in accordance with her culture and religious dictates? Or as the opposition leader Tony Abbott said, does wearing a burqa in court or in other public places present a ‘problem for law enforcement’? Imagine swearing before a judge when the said judge cannot establish if it is really the one swearing. Or the police trying to pick a culprit from one out of ten burqa’d (pardon my usage) individuals. So we clearly see the dilemma here.

What is even more interesting to me does not come from politicians or the courtroom. It comes from civil society some of who said the wearing of the burqa is an invasion of Australian social and cultural norms.

My issue is, some Africans (from civil society too) are busy kicking against certain ‘rights’ as an affront to African culture. It is not my place at this time to judge whether it is or not. What I am trying to do is draw the parallel in an attempt to see if there is a justification.

I can clearly see how the burqa, which is a harmless piece of garment can actually be a security hazard and by extension a social issue. I can also see how certain kinds of rights can be issues in Africa where a link with the ancestors is at perpendicular angles with the propagation of some kind of rights that disrupts the natural progression of the generational link. Ancestors in most African cultures are believed to come back to earth through childbirth. (And it is not superstition! In the US they actually have a groundhog telling them how the seasons are going to turn out…and it’s not very reliable either)

Should the West be so engrossed in getting African nations to accept all manner of rights? Or should they be working on granting other types of rights to their own people and ensuring greater freedoms and equality for them?

I have heard several angles to the debate and my opinion is that people are who they are and it is best to leave people to be who they want to be. In my opinion, the word ‘rights’ does not even mean much in certain instances. For instance, you cannot give women any rights! They are the RIGHTS in themselves. They gave each and every one their own ‘birthright’ – the mother of all rights.

I would also want to establish that attacking anyone on any grounds at all is wrong and must never be encouraged under any circumstances.

However if certain ‘rights’ are not pushed down people’s throats, they may be as good as non-existent to them. As my good friend Sitya says, “I am training my daughter to love and respect men as her potential partner. I deserve the right to do so without an established institution telling her otherwise. I am not attacking anyone for what they do behind closed doors. But I am gonna be irate if they want to come out from behind the closed door to compete with what God has taught me to teach the children that are mine.”

So what shall we say?

Every man has the right to decide his own destiny…

And in this judgment there is no partiality…

We may not be able to change people overnight because we ourselves cannot be changed overnight. We only belong to one side of the divide and may not know about the other. Should we perhaps live and let live? Or should we exchange our story for a song?

The debate may rage on, but the only way to make it fruitful is to cut the hypocrisy, try to understand the other angle and totally desist from trying to forge a dubious assent through intimidation and manipulation.

If you agree with me, I am flattered. If not, do not go torch my grandfather’s mud and thatch hut. It is only my opinion. After all…EVEN FOOLS HAVE THEIR OWN DAY.
This article is also published on
http://saharareporters.com/article/even-fools-have-day-kwesi-baako